Do Goldfish Need an Air Pump? Do’s and Dont’s!

Although your goldfish may live without an air pump, installing one will make their lives a lot easier.

For a goldfish owner, it is absolutely imperative to make sure your goldfish is getting sufficient oxygen.

Do Goldfish Need an Air Pump?

If the fish tank has suitable conditions and the goldfish are able to live normally, goldfish don’t need an air pump since it is getting the required amount of oxygen.

However, the main difficulty is in making sure the living conditions of the goldfish are up to par.

If the oxygen levels are constantly declining, an air pump may be necessary for the survival of the goldfish.

How Much Oxygen Do Goldfish Need?

Goldfish are high-maintenance fish that require a lot of oxygen.

Experts usually recommend installing different aeration systems (air pumps) in your fish tank to regulate the amount of oxygen in the water.

As goldfish naturally consume a lot of oxygen, they should be placed in big aquariums.

The size of the aquarium has a direct correlation with the oxygen level.

Also, important to consider is the number of fish you have in the fish tank.

For goldfish to have their required level of oxygen, goldfish owners should avoid overcrowding the tank in order to provide each goldfish with sufficient oxygen.

How Long Can a Goldfish Survive without an Air Pump?

Under normal circumstances, goldfish don’t really need an air pump as the tank should be able to provide the required oxygen levels.

There are several factors that affect the survivability of a goldfish without an air pump.

The movement of the surface water is a critical component in determining the oxygen level in the fish tank. If there is enough movement, your goldfish don’t need an air pump.

Similarly, the quality of water should be impeccable, as well as the goldfish’s health and its diet.

If everything is well under control, your goldish can do just fine without needing an air pump at all.

This is why, depending on the circumstances, if a goldfish’s living conditions are not properly taken care of, it can only live for a few days without an air pump, assuming the fish tank is quite wide.

If your goldfish tank is low on oxygen, you will see visible changes.

The appearance of the surface water is a huge indicator of oxygen levels in the tank.

When the surface water will be completely still, there is a possibility the oxygen levels might be low.

This happens because the air from the atmosphere causes continuous disturbances on the water surface. This process also helps aerate the water and increase the oxygen levels.

Lack of any movement at the surface could possibly mean that oxygen may be low and that you need to check the oxygen level.

The warm water has molecules that are moving faster compared to those in cold water. This allows the oxygen to escape more easily.

So if you are using a water heater in the tank, it’s a good idea to also use an aeration system as well.

Size of the Tank

The size of the fish tank is an important factor in determining oxygen levels. Your goldfish tank will have less oxygen if it is quite small.

Conversely, the bigger the tank you have, the more oxygen it can hold.

Also, if you have an overcrowded tank with too many fishes, it’s likely that the oxygen level is low.

You will be able to see the distress signs your goldfish would show in case there is a problem.

If your goldfish tank has less oxygen, your goldfish will attempt to swim near the surface and try to get as much oxygen as they can.

Not just gulping, your goldish will also try to take in as much oxygen as possible from its gills.

You will see its gills frantically working on getting oxygen.

Rapid gulping is an exhausting activity for your goldfish.

After spending some time struggling to breathe, your goldfish will have a reduced activity level and will often be found lying at the bottom.

This is a warning for goldfish owners as they would need to take immediate steps. Otherwise, your goldfish will suffocate very quickly.

There are several different aeration methods used to regulate oxygen levels in a fish tank.

Many filters nowadays are equipped with an in-built spray bar or waterfall system. 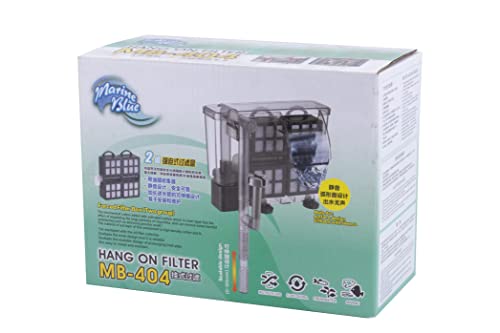 This is useful in making sure the surface water is constantly in motion. For the best results, these filters are also coupled with an air stone.

An air stone is a highly effective and wallet-friendly method to ensure oxygen levels are maintained in the fish tank. 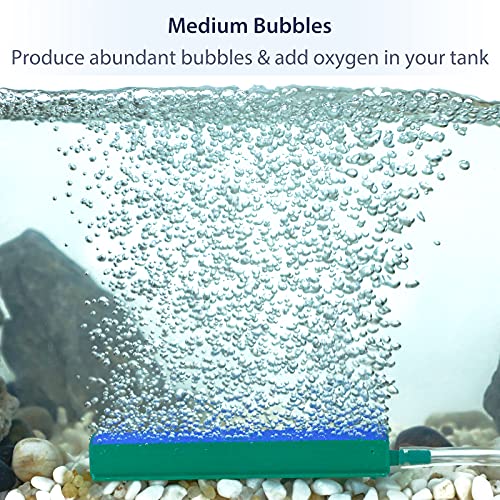 Because of their simplicity, air stones are a popular choice for most people.

Air stones work by generating a cascade of bubbles that travel upwards. These bubbles cause disruption in the water surface, which allows oxygen to enter the water more easily

Having bubble walls in your fish tank is another great way of aerating your tank. The way bubble walls work is that there is a large strip that has several holes in it. 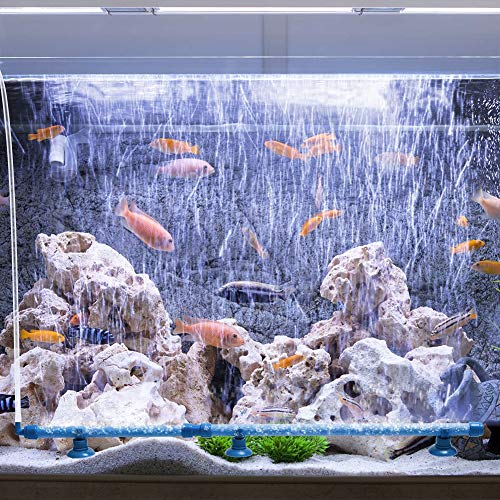 The air pump forces air through these holes, which results in lots of bubbles being produced in a wall-like manner.

These bubbles are then dispersed throughout the fish tank, providing oxygen everywhere they go.

With this method, you are not only providing oxygen in your fish tank but decorating it nicely. 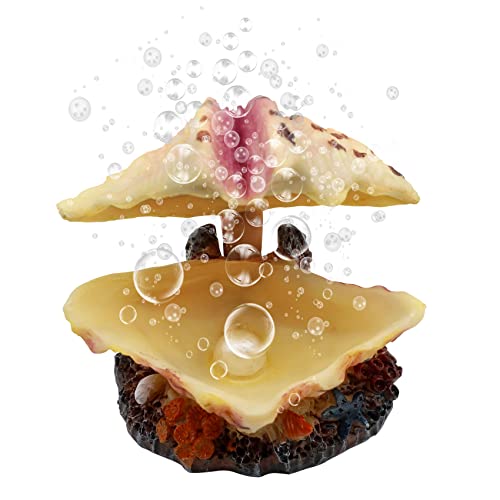 There are several fish tank decorations available like divers, plants, volcanos, and others.

These decorations can be connected to the air pump to generate a steady stream of bubbles that spread out and aerate the fish tank.

Can Oxygen Levels Get Affected by Temperature?

It is a rule of thumb that cold water contains a higher quantity of oxygen than hot water.

Since goldfish are mostly familiar with cold water, they are used to having more oxygen.

If your tank is heating up to more than 25 degrees Celsius, your goldfish will exhibit signs of distress.

Do Goldfish in a Fishbowl Require Oxygen?

While many goldfish owners have a tank for their fish, some goldfish are also kept in a bowl.

Bowls, being generally quite small, may cause difficulty in breathing for your goldfish.

Another factor that affects the oxygen level in a fishbowl is waste accumulation.

Because of the small size, the accumulated waste can rapidly pollute the water, making it sludgy and making it more difficult for the goldfish to move around and breathe.

In such cases, it is recommended to use an air pump to compensate for the low oxygen levels.

Goldfish owners should be careful in limiting its usage, as air pumps may not be comfortable for your goldfish. Air pumps should be used only when there is a decrease in oxygen levels.

Having a fishbowl for your goldfish isn’t ideal as there are various adverse effects.

The limited size will dampen your goldfish’s growth and can even decrease their lifespan. It is best to use an aquarium.

How to Increase Oxygen Levels in a Goldfish Bowl

We have covered that a fishbowl will typically have less oxygen because of several factors like size limitations and less surface movement.

However, you can opt for adding oxygen externally.

One of the methods for increasing the oxygen level in a fishbowl is by adding aquatic plants in it.

It is important to remember that aquatic plants are healthy and relatively big.

Goldfish’s diet, being quite diverse, also includes small aquatic plants; hence they should be big enough that your goldfish don’t eat them.

If you feel the water in the fishbowl is getting heated, it may be time for you to replace it with cooler water.

This also helps the goldfish to have a cleaner environment.

Water in a fishbowl can get heated due to many reasons.

When a lot of waste is accumulated, the temperature rises, and oxygen escapes more from the surface, causing your goldfish difficulty in breathing.

By introducing an air filter, you can easily remove the debris and the other toxic materials from the bowl.

Your goldfish, typically, releases a lot of waste matter. An air filter becomes almost necessary for your goldfish as it serves a dual purpose.

Not only does it remove the waste matter, but it also creates sufficient disruption in the water surface, allowing for more oxygen.

If you are planning to use an air filter, you might not need air pumps at all. An air filter will do a stellar job in ensuring your goldfish is kept happy and healthy all the time.

Regardless of goldfish being able to survive without an air pump, it is generally recommended to have them installed, just in case.

Doing so will eliminate all your concerns about aerating the fish tank.

For best results, avoid keeping your goldfish in a fishbowl.

Rather, opt for an aquarium. Your goldfish needs a lot of space to move and breathe otherwise its growth will be stunted.