Do Betta Fish Need a Bubbler?

A bubbler is a small device that you can attach to your aquarium’s air pump to create bubbles.

The purpose is to maintain high oxygen levels in the water and to keep the water circulating.

So, do betta fish need a bubbler? It depends on your setup.

Betta fish will benefit from a bubbler if oxygen levels are low or if you don’t have any other piece of equipment that creates a gentle current to keep the water circulating.

However, a filter is usually sufficient for maintaining healthy oxygen levels in your tank.

How Do Betta Fish Breathe?

Betta fish are different from other fish. They have a special organ called a labyrinth that allows them to gulp air from the surface.

Betta fish, gouramis, and other fish from the Anabantoidei suborder possess this organ.

The labyrinth is somewhat similar to our lungs. It’s an extension of the gills with small cavities with a thin membrane that absorbs oxygen so it can pass into the bloodstream.

This organ is one of the reasons why Betta fish are so resistant and easy to care for.

Even if oxygen levels are low, they can still thrive by getting the oxygen they need from the surface of the tank.

Do Betta Fish Need a Bubbler?

In most cases, they won’t need one.

A mix of live plants and agitation from the filter should be sufficient for maintaining healthy oxygen levels in your setup.

Besides, Betta fish have a special labyrinth organ that allows them to supplement their oxygen intake by rising to the surface.

However, there are a few scenarios where a bubbler can be beneficial:

While Betta fish have a labyrinth that allows them to breathe air from the surface, they will do most of their breathing through their gills.

Fish gills contain many small blood vessels that absorb oxygen and release carbon dioxide when they’re in contact with water.

Fish need water with five to seven parts per million of dissolved oxygen to breathe.

Factors like the temperature, salinity, and pressure of the water will determine how much-dissolved oxygen it can hold.

As temperature, salinity, and pressure increase, water can hold less oxygen. Betta fish are freshwater fish, so salinity shouldn’t be an issue.

However, they need a water temperature of 75 to 80°F for a healthy immune system, which can slightly reduce how much dissolved oxygen the water can hold.

How Does Dissolved Oxygen Get Into the Water?

Water absorbs oxygen and releases carbon dioxide through the process of gas exchange.

Gas exchange can take years when water is still, but it happens at higher rates when there is surface agitation.

You can, for instance, create enough agitation to oxygenate your fish tank water by pouring water into it as high as possible.

In most cases, the filter will create enough agitation on the surface of the tank to keep the water oxygenated.

If you have some live plants, they will also contribute to maintaining healthy oxygen levels and will absorb CO2.

How Do Bubblers Work?

Bubblers are small and inexpensive accessories that you can attach to the airline tubing of your air pump to produce bubbles. 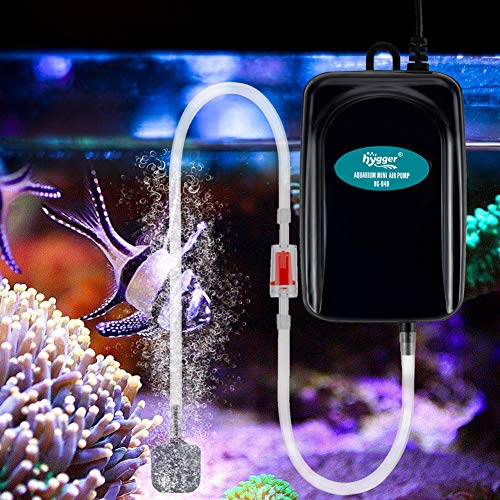 The bubbles aren’t what increases the oxygen levels in your tank. However, they produce agitation as they rise to the surface and increase the gas exchange rate.

If your filter isn’t creating enough agitation for the size of your tank, a bubbler is a great addition for maintaining oxygen levels of five to seven parts per million.

Another benefit of bubblers is that they create movement in the water.

Movement is important because it keeps waste and debris in suspension and ensures that the filter catches them.

Without movement, waste will settle at the bottom of the tank and lower the water quality.

Is There Enough Oxygen in Your Aquarium?

If you suspect that oxygen levels might be low in your fish tank, the best thing to do is get dissolved oxygen or DO meter. 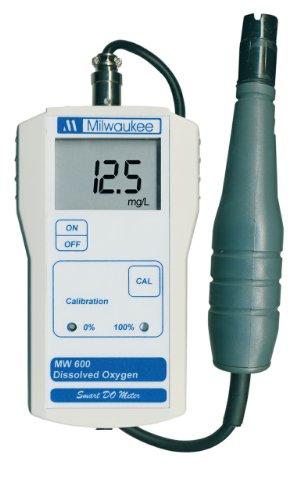 This device allows you to measure oxygen levels in the water with a sensor. Remember that oxygen levels can vary throughout the day.

You should take this measurement at regular intervals to track how oxygen levels vary and determine if you need to do something to oxygenate the water.

Keep an eye on your fish. If oxygen levels are low, they will go to the surface to gulp some air.

It’s a normal behavior in Betta fish and other labyrinth fish, but you’ll see other fish do it too.

Similarly, you might notice your Betta fish rising to the surface more often than usual and gasping for air repeatedly.

You will also see your fish eat less and be less active. You might notice that their gills are moving faster if they’re having a hard time staying oxygenated.

If you notice any of these signs, you should add a bubbler to your setup. Don’t wait until you can purchase this accessory to oxygenate the water.

You can increase DO levels right away with a large water change and by pouring more water into the tank from a height.

Is It Possible to Have Too Much Oxygen in Your Aquarium?

Yes, it’s possible to have too much oxygen in your fish tank. If oxygen levels exceed seven parts per million, you should look for ways to lower it.

High oxygen levels can be dangerous because they will result in gas bubble disease.

Gas bubble disease is a condition where small gas bubbles form on your fish’s scales or in their eyes.

Gradually, the bubbles get larger and reach internal organs where they can cause damage and result in death.

However, gas bubble disease is often the result of high nitrogen levels rather than water with high DO levels.

Besides, it would require a sharp increase in oxygen levels, and it’s unlikely that a bubbler alone would be responsible for it.

While it’s possible to create an environment with an oversaturation of oxygen if you have a combination of a bubbler and too many live plants, there are no major downsides to adding a bubbler to your setup.

What Are the Different Types of Bubblers?

Do Betta fish need a bubbler? In most cases, they won’t since they’re resilient fish that can rise to the surface to breathe.

However, you can add a bubbler to boost oxygen levels in a small tank or to prevent waste from settling.

If you want to add a bubbler to your fish tank, there are different types of bubblers to consider:

Betta fish are extremely resilient and can thrive even if oxygen levels are slightly below the recommended limit since they have the ability to gulp air from the surface.

However, you should look into adding a bubbler to your aquarium to create enough movement.

This will prevent waste from settling and just keep your Betta fish more comfortable, so they don’t have to rely on the surface breathing.