How to Get Rid Of Detritus Worms In Aquariums?

Does your tank have uninvited detritus worms?

Is it affecting your tank population?

Are you looking for quick and effective ways of getting rid of detritus worms?

Detritus worms can become a problem when they multiply in number and begin to compromise water quality.

Fish keepers often run into this issue and look for quick ways to get rid of them.

Although harmless, the detritus worms shouldn’t be allowed to fester because of their quick reproduction rate.

There’s only one way to deal with detritus worms, and that is to get rid of them!

How Do You Get Rid Of Detritus Worms From Aquariums?

Getting rid of detritus worms can get pretty tricky.

However, keepers from around the world have shared the following ways to get rid of them to avoid any future infestations.

This solution is pretty self-explanatory.

In the event that your aquarium becomes infested with detritus worms, the best way to go about it is to change the water.

Follow this by removing gravel, pebbles, and other aquarium accessories as well as all plants. Ideally, you should also scrub your aquarium clean and even wash the stones and plants.

Replace the water in the aquarium and rearrange the gravel, plants, and accessories before setting up the filter.

You can reintroduce your aquarium fish back to the aquarium, but make sure that none of the detritus worms are added.

This is also a good time to see which fish are affected by the worms and to separate them for treatment.

Follow this by a 30% water change every 3 – 4 days to get rid of any detritus worm infestation and to remove and remaining ones.

Use a Gravel Vacuum Regularly

Gravel vacuums are extremely handy when it comes to cleaning your aquarium and maintaining it between water changes.

If you’re looking for a good gravel vacuum, I recommend checking out the Python Pro-Clean Gravel Washer. It comes in different sizes and is a durable gravel cleaner that effectively separates and removes debris from your aquarium during routine water changes

They’re great tools to remove any food debris and fish waste that sink to the bottom of the tank and get trapped between the stones.

Usually, when old food and waste are left for too long, it can decay and release harmful contaminants and ammonia, which compromises water quality.

Gravel vacuums can be used to clean out detritus worms too.

They can be used and can help you clean up most of the worms without having to do a major water change.

It’s especially beneficial when used on the sides of the aquarium glass, plants, and below the gravel, too.

In fact, keepers claim that regular gravel vacuuming is a foolproof way of keeping worms that lie at the bottom at bay, especially because they thrive on the debris and food remnants that lie on the substrate.

The best part is that the gravel vacuum doesn’t require you to move your aquarium animals out of the tank.

Use a Bit of Hydrogen Peroxide

This method is a little extreme, but it is used by most keepers. Hydrogen peroxide can also be used to kill off unwanted detritus worms.

The idea of using hydrogen peroxide stems from the fact that it helps to prevent algae from growing on plants and also kills snails, larvae, eggs, and other things alike, which could later harm the tank and the animals.

You can add 1 part of hydrogen peroxide to 4- 5 parts of water and even dip your plants and wash your gravel in it before putting it back in the tank.

It won’t harm anything except the pests, like detritus worms. However, consult with a professional before attempting this method.

Aquarium filtration is usually the culprit of most things.

It should ideally cycle the water and the elements, keeping the ecosystem thriving and healthy.

However, at times, the filters themselves need cleaning; otherwise, the aquarium’s water quality can be affected and become breeding grounds for parasites and worms.

Mechanical filters are great options to use. They’re hygienic and require less manual effort to keep them clean and maintain them. 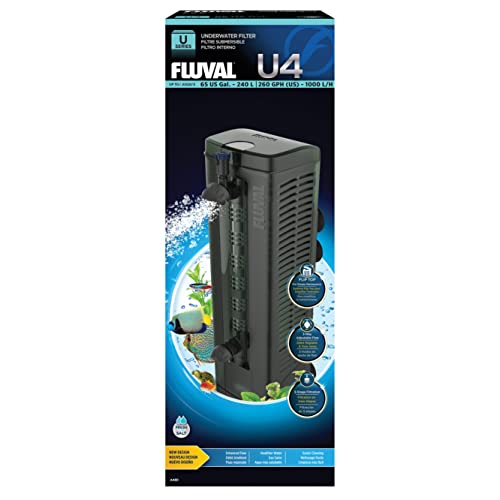 They’re able to do a better job of cleaning the water and ensure that the aquarium remains clean, too.

In fact, keepers agree that filtration is one of the crucial components of a fish tank and aquarium.

If the water is not cycled properly, aquarium animals suffer and plants will decay.

They will also develop algae, and the substrate can become a breeding ground for worms, snails, and other pests.

Worms can enter your tank through the live feed.

If your aquarium has carnivorous fish, which rely on live feed like shrimp, small fish, and other tiny aquatic animals, chances are you will develop detritus worms if you’re not careful.

And if your fish consume live feed that is afflicted with detritus worms, then that can also exacerbate the problem.

Even fish pellets and freeze-dried feed can pose a problem when they float down to the substrate, as they become mushy and even decay.

Detritus worms are known to feed on compost, which means they’re very likely to be found at the bottom of your tank if you don’t vacuum excessive feed or let your fish overfeed.

Check out this guide on how to feed your fish efficiently.

Lower the Bio Load in Your Aquarium

For example, if your tank has lobsters or shrimp which are close to their molting stages, be prepared for quick clean up if you want to avoid a detritus worm infestation.

If you have an assortment of different fish, that can also be a serious problem.

Because of the huge amount of fish feed and the resulting fish waste, your aquarium provides an ideal breeding ground for detritus worms to thrive in.

An overpopulated tank is not just bad for the aquarium animals in terms of competition, hunting, and territorial reasons; in fact, the coexistence of various fish together can also cause harm in terms of parasites, worms, and other pests that make their way into the tank.

It’s essential for you to limit the bioload of your aquarium because a lack of oxygen can cater to these worms.

Take Care of Your Aquarium Plants

Again, it must be reiterated that detritus worms feed on waste, compost, and other things like algae, rotting plants, and decayed leaves.

In order to avoid a worm infestation, it’s essential for keepers to take care of their plants as well as their aquarium animals.

Plants need to be medicated and treated, and a rotting and decaying plant should be removed in order to avoid such instances from happening.

Although the detritus worm doesn’t harm fish, it does consume such plants and in return, the fish can consume the worms which can risk their health.

Now that you know how to tackle these pesky worms, it’s also important you understand what these worms are in order to prevent them from infesting your aquarium.

What Are Detritus Worms?

Known as annelids, they are string-like in appearance and are usually white and have some brown segments.

These worms get their name because of their feeding habits; they are detritivores, meaning they feed on decomposing matter like plant and fish waste.

In other words, they are nature’s cleaners, and though they help to consume waste in an aquarium, they shouldn’t be allowed to breed and produce in an aquarium, and keepers must take measures to eliminate all factors that help these worms thrive.

How Do Detritus Worms Enter An Aquarium?

These pesky worms can make their way to your aquarium in many ways.

Usually, they go unnoticed, but if you do see some, the following reasons can be attributed to their presence.

Fish that are newly introduced come from other environments and may have these worms already present on them and when introduced to the aquarium, they begin to multiply because of the abundance of “food”.

For example, there are many instances of parasitic worms that enter the exoskeleton of small bait crustaceans and remain there, like with cherry shrimps.

Overpopulated aquariums can also fall prey to detritus worms. The lack of oxygen in your aquarium also provides these worms with the ideal environment to survive.

A dirty aquarium, poor filtration, too many fish and even varying pH levels of an aquarium can create a dearth of oxygen which keepers must be wary of.

In tanks where keepers breed fish, the chance of developing a detritus worm infestation is high.

Although these worms don’t harm fish, they do become a danger in overpopulated tanks when fish consume them.

The Don’ts of Detritus Worms

Although tempting, do not treat a detritus worm infestation using de-worming medications or chemicals alike.

The worms won’t be affected and the chemicals can kill your fish.

The ideal way of dealing with a worm infestation is by following the tips given above and regularly cleaning your aquarium.

You’ll find some wacky information on online forums, stating that adding a carnivorous fish to your worm-infested aquarium may help to lower their population, but that is not wise at all-consuming these worms can actually kill the fish!

Detritus worms are actually part of a healthy aquarium ecosystem.

They help to diminish the volume of waste and decay in your aquarium and act as nature’s silent cleaners.

However, too much of anything is harmful and because you weren’t planning on breeding detritus worms, follow the steps above to ensure your tank is rid of them.

Remember to also regularly do water changes, keep an eye on the filtration mechanism and make sure your fish are healthy, too!

You may also like the following articles about aquariums:

Disclaimer: This post contains affiliate links, and I will be compensated if you make a purchase after clicking on my links.